After tranquil Luang Prabang, Hanoi has been quite a shock to my senses. It is a bustling city of 7 million people who all appear to be darting daredevils on scooters, bikes and mopeds. At the same time and the same place!

It is also a city of beautiful Buddhist temples whose origins are in the 6th century, in the long ago time of supreme kings and benevolent monarchs.

The supreme University of learning devoted to Confucius gave the country its annual crop of 82 Mandarins, learned men whose calligraphic skills were renowned and whose wisdom ran the empire with fairness and justice. The four sacred animals are represented all over the vast space: the Dragon for power, the Unicorn for prosperity, the Phoenix for happiness and the Turtle for longevity. 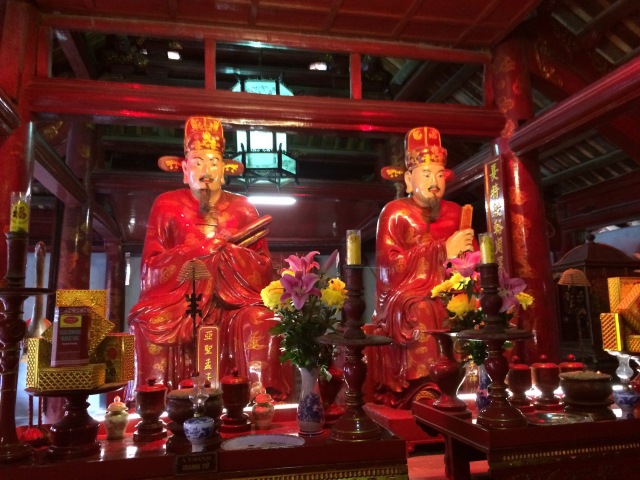 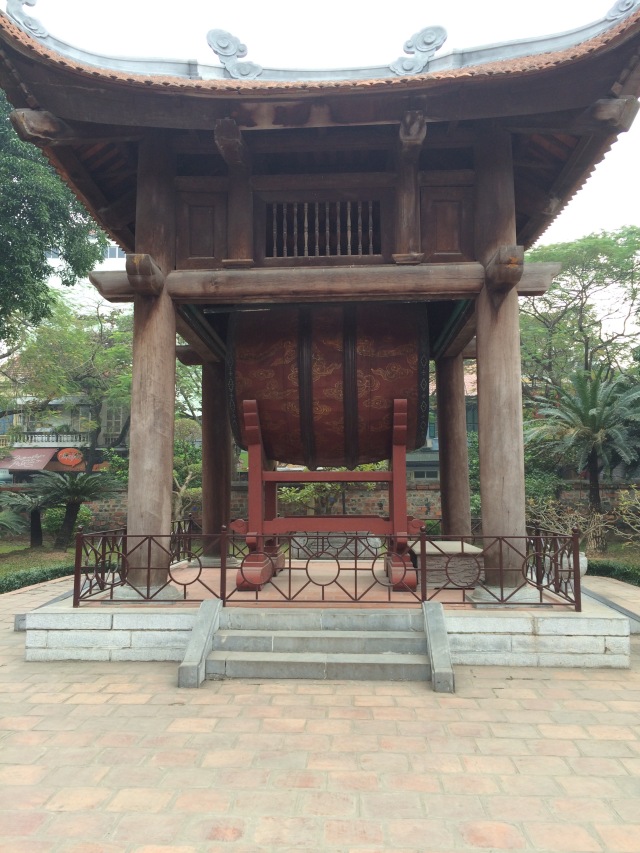 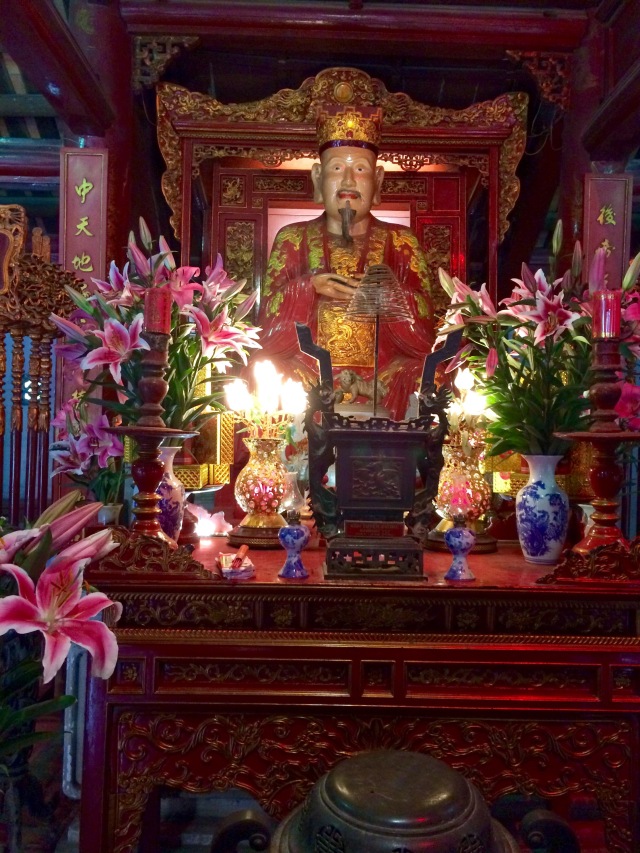 Fruit heaven was represented this morning when I discovered the ‘lychees’ cousin the colorful Rambutan. Tart, juicy and a sensory experience. 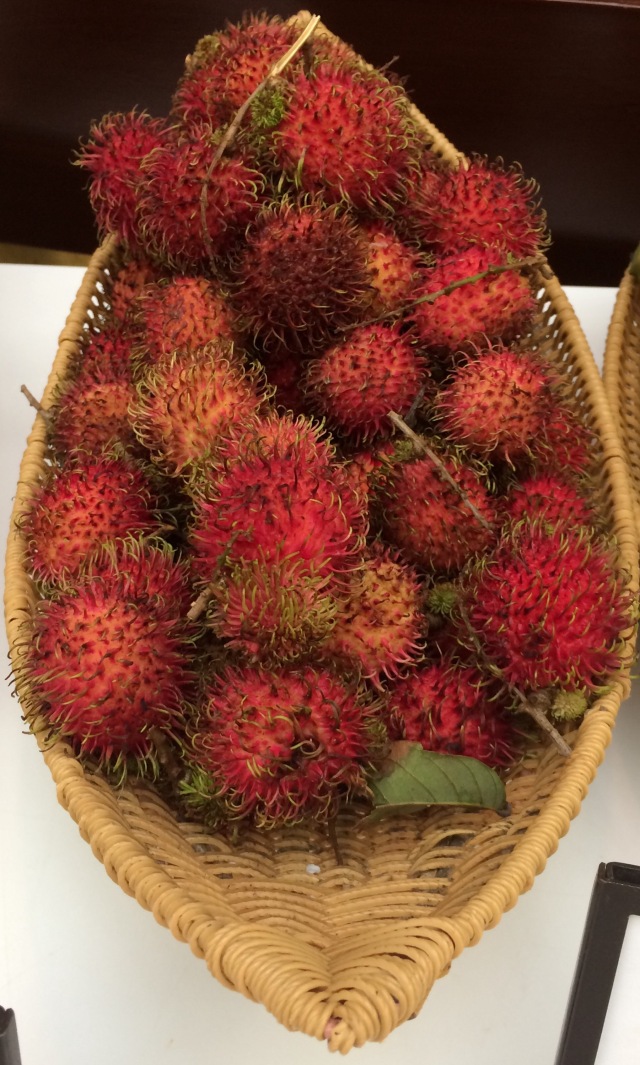 Though I tried valiantly to be an effective seller of the fruit, my wounded shoulders forced me to give up my burden quickly. 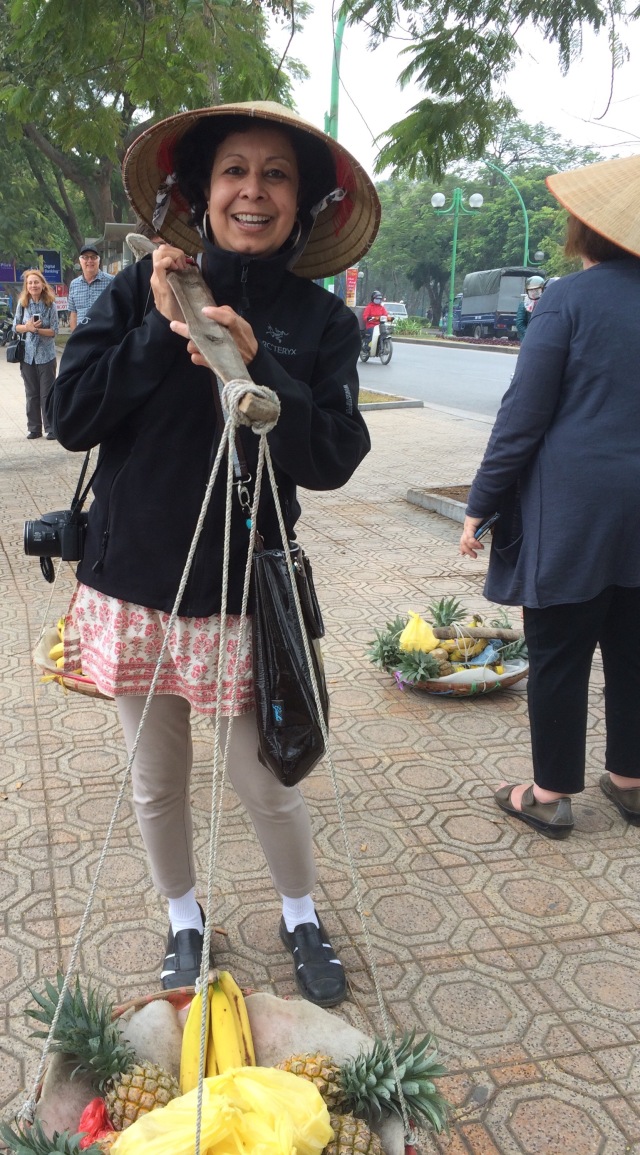 Lunch was at a humble restaurant renowned for its Hanoi fish. Invented here at ‘cha ca la vong’ in 1871, it serves a fresh fish imbued with a secret marinade and fried at the table with fennel and spring onions. Served in a bowl with parsley and cabbage and fiery hot chilis, it was delicious. 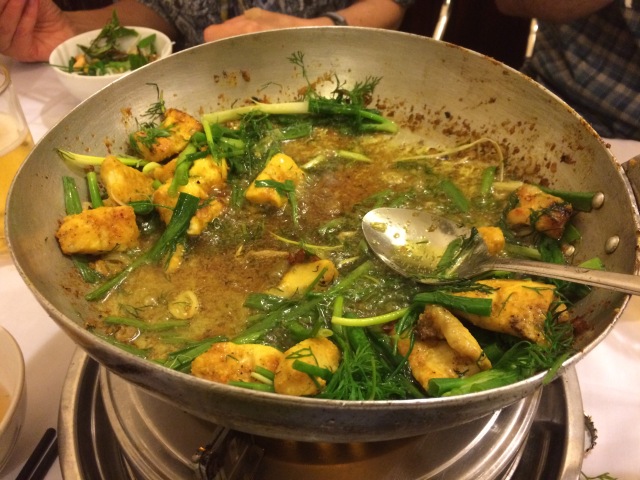 And at dinner at ‘Madame Hien’, the highlight was a banana flower and bamboo salad, mushroom soup and tender spring rolls that melted in your mouth.

Merry Christmas and adios till next time!

This entry was posted in Vietnam and tagged fish cuisine, Hanoi, university of learning. Bookmark the permalink.