Early morning drives were a favorite in Kruger nestled amongst the Drakensberg mountains. Well before dawn the air was redolent with the earthy smells of the bush. The musky smell of buffalo intruded on the crisp, clean air and birds joyously called out. A pride of 17 lions crossed in front of us with a lioness going about her morning business oblivious to our presence. 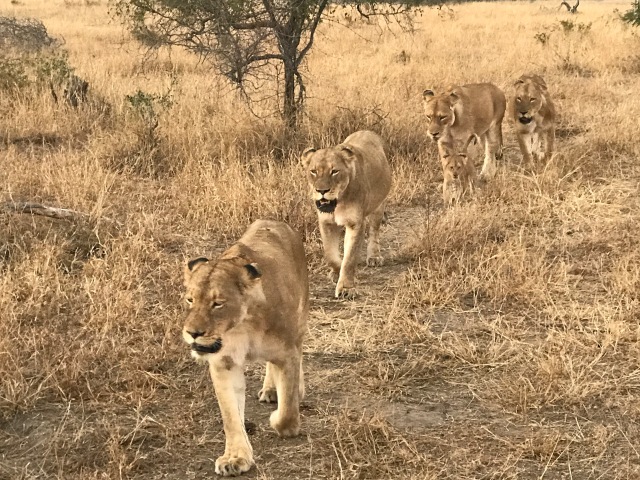 The evening before we had encountered the pride as it lay satiated from a buffalo kill. The young ignored their parents in juvenile curiosity and hunger. 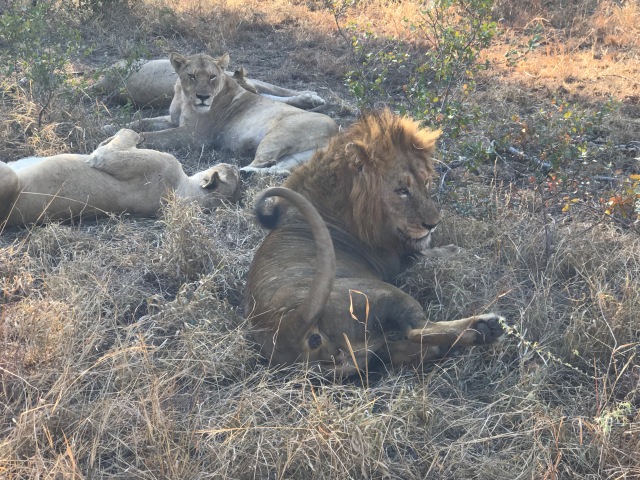 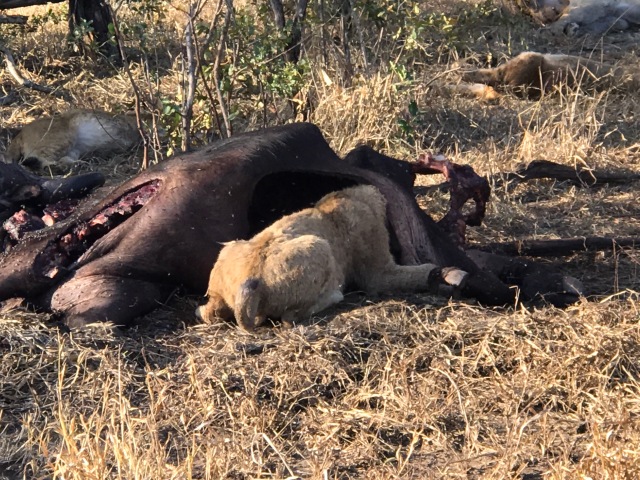 On a return visit after sunset, the pride was actively feasting as the cubs burrowed deep into the carcass. 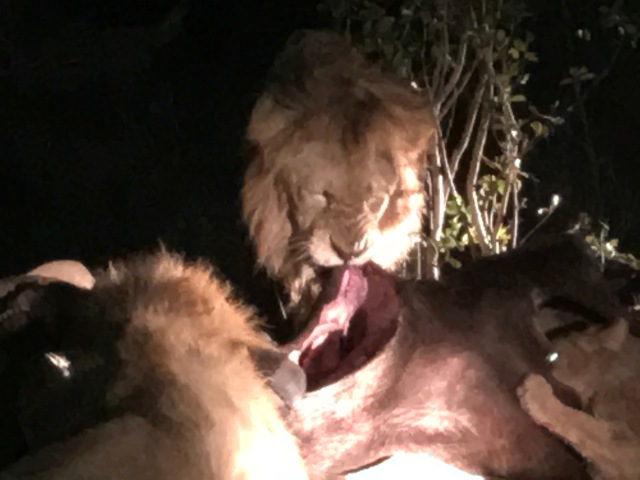 The elemental law of the jungle provides for the side by side dwelling of multiple species. Lions at the top followed by leopard and cheetah as top predators. Equally dangerous are the hyena who move in on the remains and audibly crack juicy bones filled with tempting marrow, followed by jackals and vultures. 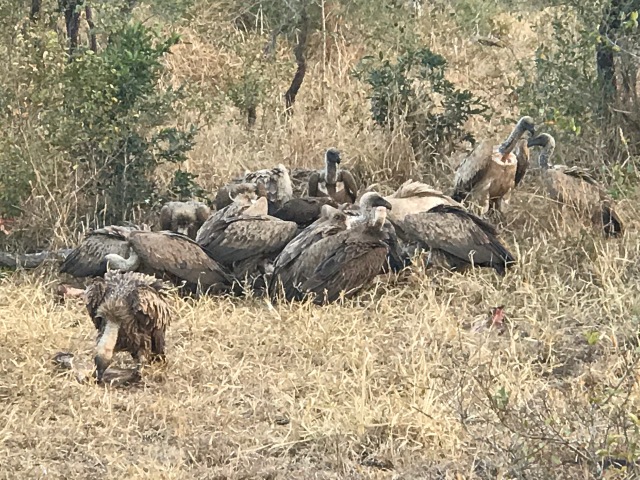 We were lucky to get a rare sighting of a black rhino and its baby, an extremely endangered species. Rhino horn sells for $600,000 and it is estimated that there are 60 poaching units operating on any one day in Kruger. The chances of seeing a black rhino in the wild after 2020 are considered to be slim to none. It is cruel and senseless, made lucrative to hungry tribesmen after a false cancer curing claim from an Asian country. Heartbreaking is the calf left behind with no chance of survival. 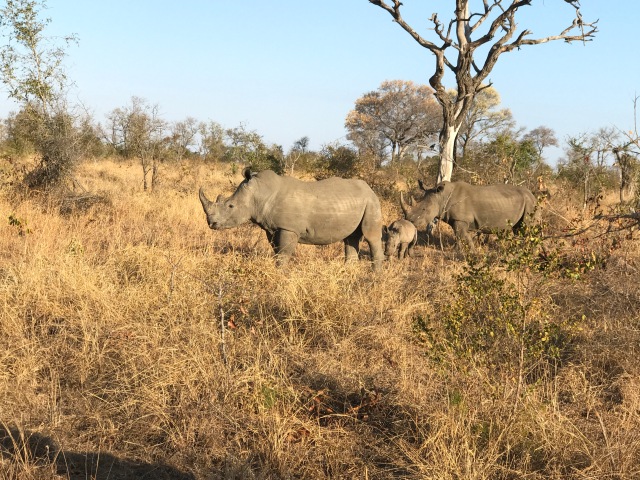 A cornucopia of the wild delighted our eyes every day. 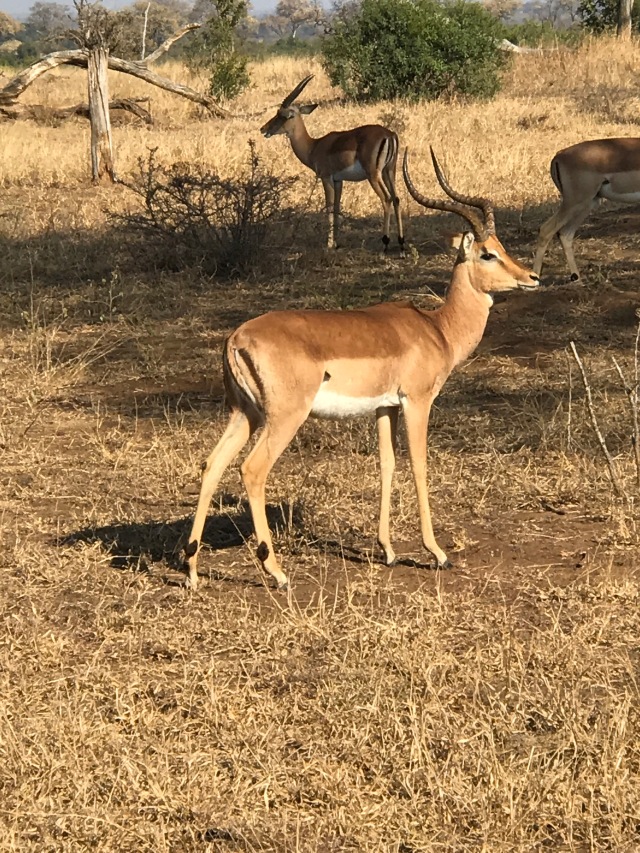 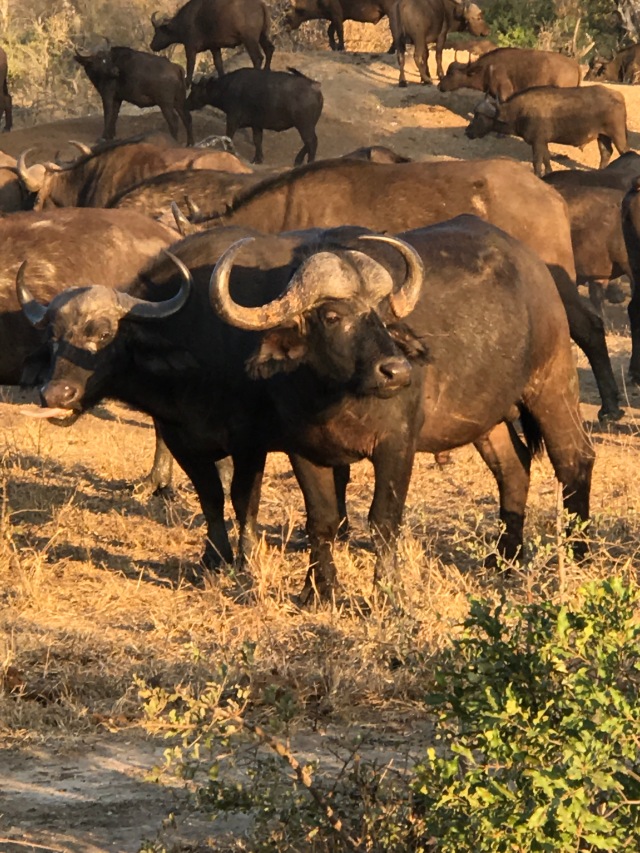 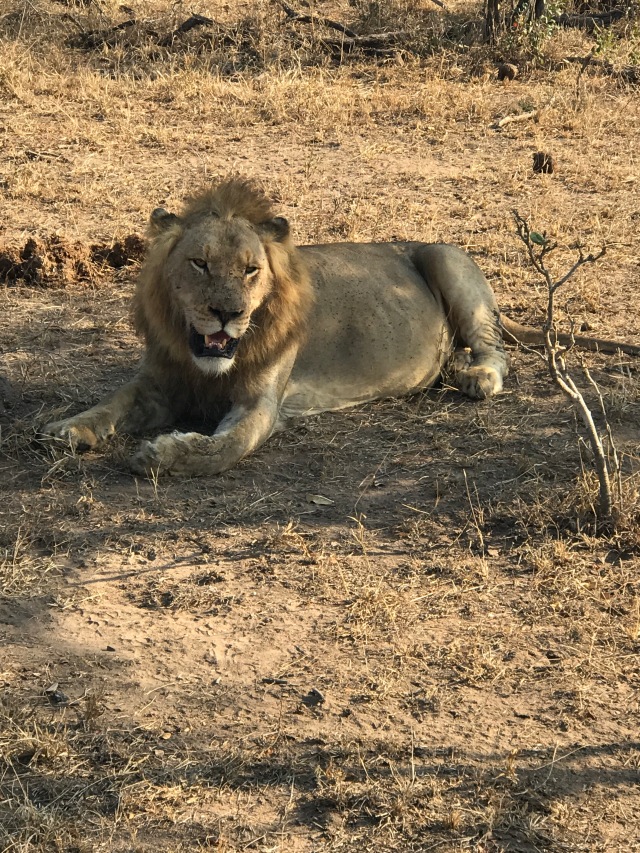 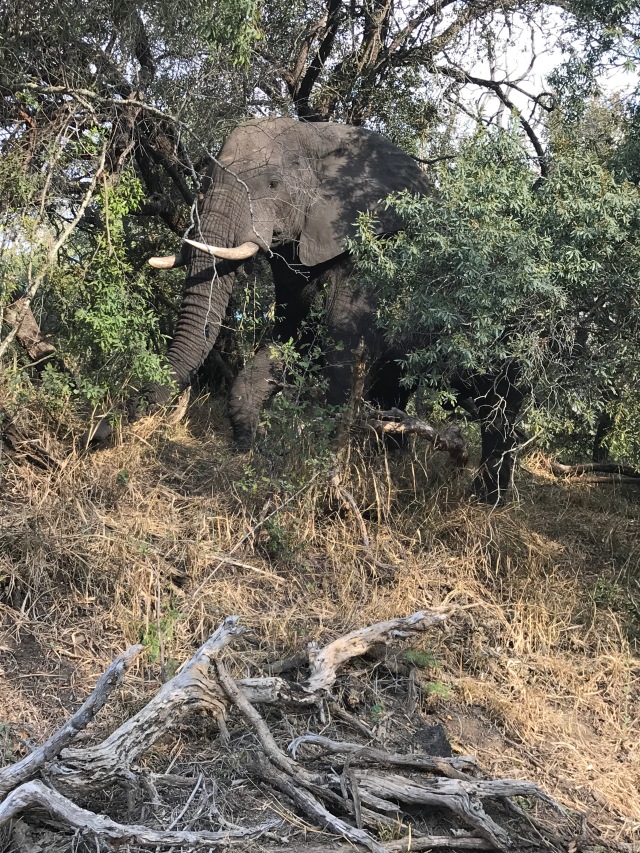 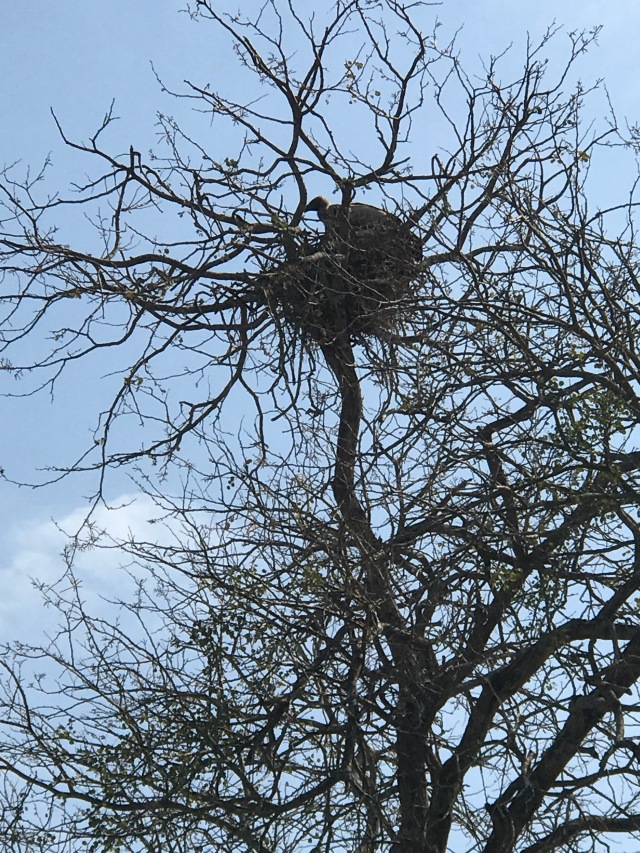 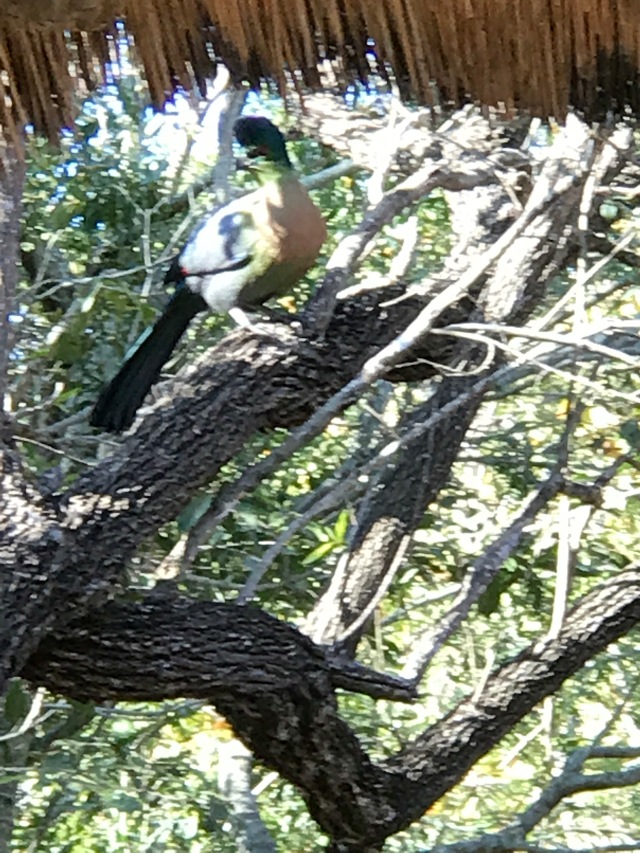 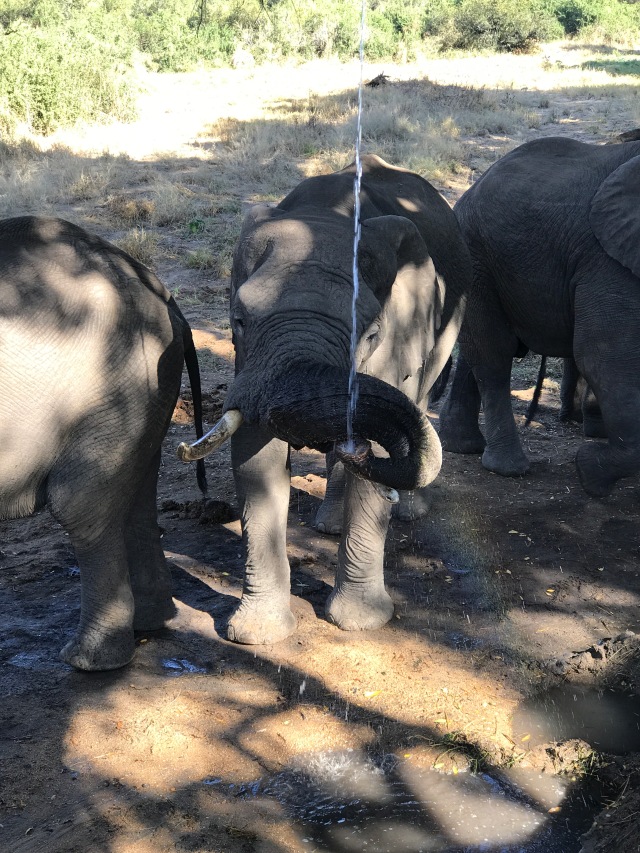 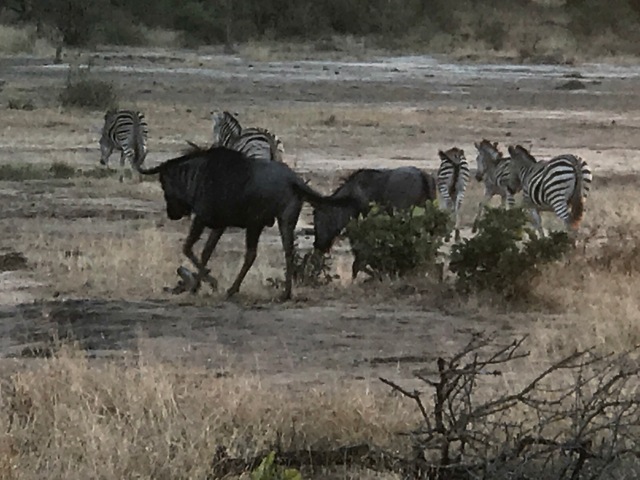 And finally, the magnificent leopard. The big 5 were our reality now: elephant, rhinoceros, buffalo, lion and the leopard. But I also reveled in the sight of the mongoose, baboons, termites, kudu, wildebeest and gloriously plumaged birds. 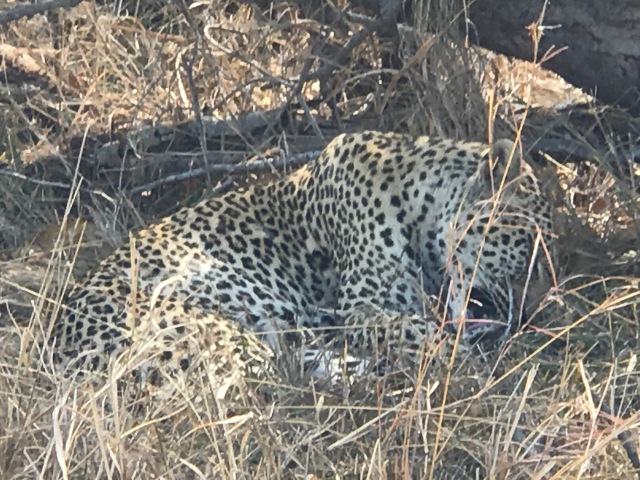 It was sad to say goodbye to this heartland of ours. Photos are a poor substitute for the real thing, but keep the memories alive. 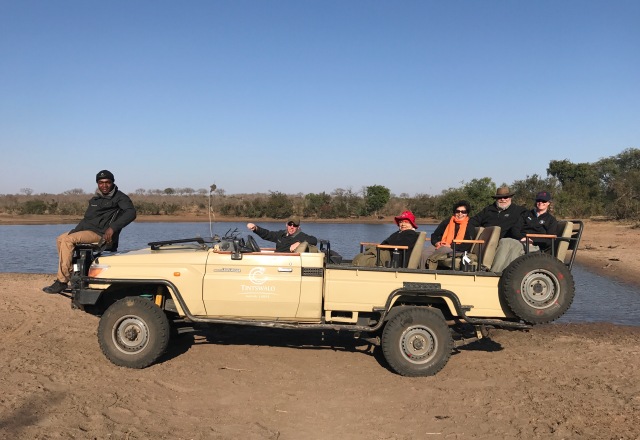 This entry was posted in Kruger National Park, South Africa. Bookmark the permalink.