A second day in Singapore

Our journey continued today with a fulfilling second day in Singapore. I followed the usual pattern of jet lag and hyperactivity with an unwanted body clock wake up call at 3.30.  But, with excitement pulsing through my veins at what the day would bring.

I had the ‘pucca’ colonial breakfast on the heavenly terrace far above the street. Mouthwatering Papaya, scrambled eggs that melted in your mouth, toast with butter and jam and the most stimulating cup of indian tea. It was like I had briefly entered the days of the British Raj, a period that I fortunately did not have to live through but evidenced all my growing up years.

It was a perfect day. The violent thunderstorms of the day before had left it crisper, sunnier and blue sky beckoned as we set off to see the ‘gardens by the bay’. As we wandered through different ecosystems under giant glass bubbles, the real Singapore danced before our vision: the sparkling waters of the bay, kayaks and cargo ships jostling for space on the water, the modern skyscrapers of the new financial capital of Asia living in harmony with the centuries old Raffles hotel that was the epicenter of colonial life, the second world war in the east and just maybe where the fist gin and tonic and ‘singapore sling’ was consumed.

And then with a thud, back to my life of the past 34 years with lunch at the American Club. I rebelled and had a malayan fish stew called Laksa as diners all around me consumed burgers and ruben sandwiches. The afternoon was further redeemed by a visit to our lovely hosts centuries old home called a Peranakan. Rosie grew up there and its been in her family since  the early 1940’s. They are heritage homes and offer a glimpse of life in a bygone era. She told us tales of second world war evacuations….!

And then, crass commercialism in the form of Singapore’s famous ‘tourist’ landmark in Little India. Mustafa’s is a giant store sprawled over three buildings that sells EVERYTHING you may need from birth to the afterlife and is open 24/7. Its hard to describe but an experience I will not forget.

The day ended with another mouthwatering foodie experience in the form of a Peranakan meal that is a meld of Malaysian and Chinese cuisine: Assam fish and Candlenut chicken that was tart, sweet and spicy were the highlights.

Adios till another day! 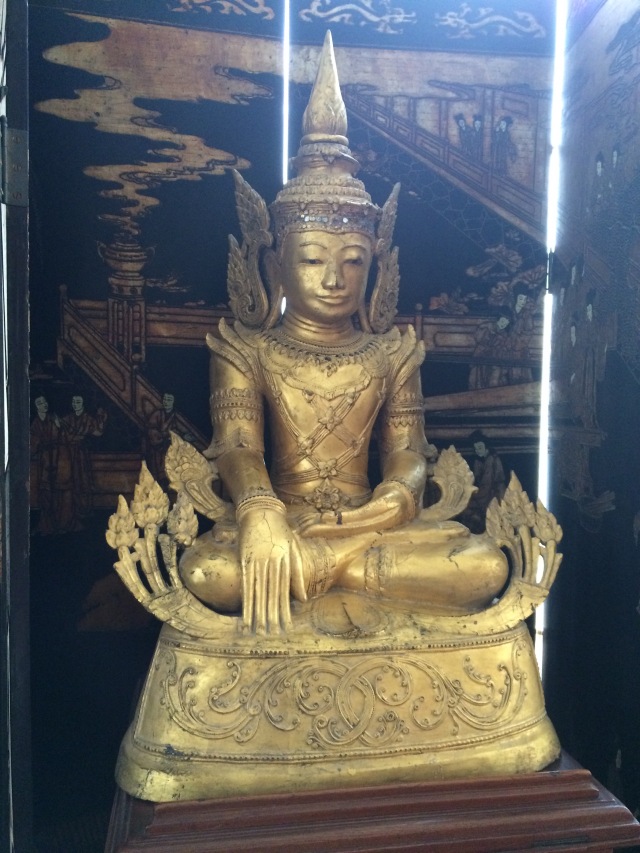 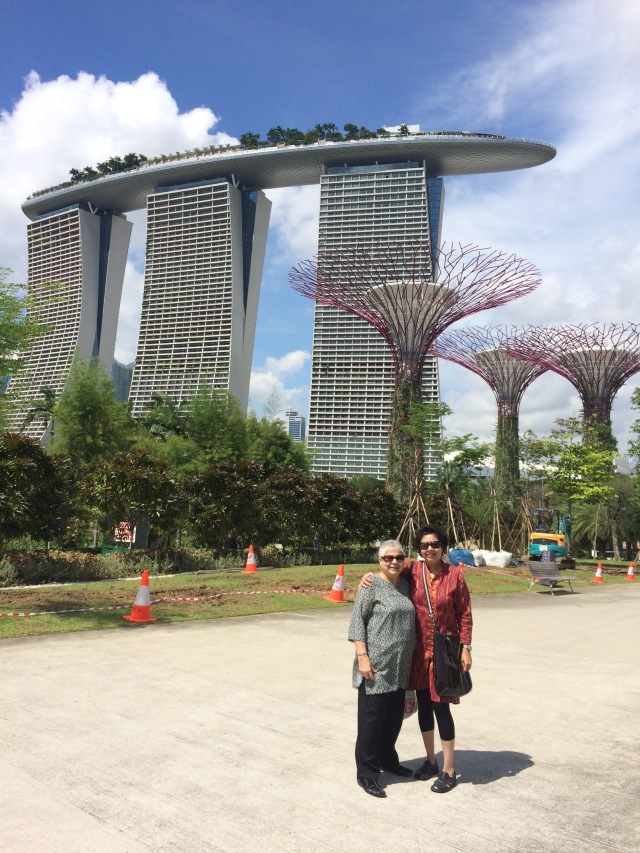 2 Responses to A second day in Singapore